10 Weeks in Cambodia and Nepal

What's included in the price?

Get in Touch Apply Now

Is this Gap Semester in Asia right for me?

If you are 17-24 and seeking a chance to discover the world in a structured, meaningful, safe and engaging setting, you should read on.  This programme is designed to allow you to explore new cultures and gain exposure to a variety of fields through hands-on experiential learning.

If you have finished high school and have passion, energy and an open mind to really find out what it’s like to live and work in other countries, this programme is perfect for you!

We explain more about Gap Semester Projects and what they involve below. While most of these projects focus on volunteering, we can facilitate internships during your gap semester if you need to fulfil requirements for school. Just let us know when you apply to join.

What will I do in Cambodia and Nepal?

You will spend most of your time in Cambodia’s busy capital city, Phnom Penh. Join a mixture of worthwhile projects to support disadvantaged communities. One week will also be spent in Siem Reap to visit historic and cultural sites such as the world famous Angkor Wat! You’ll get involved with community outreach events to highlight various social or environmental issues.

After flying to Nepal, you will support our building project in Kathmandu for 10 days. Explore temples and markets, taste new cuisine, and discover a unique culture. You’ll then travel to Bharatpur, an up and coming city south of Kathmandu to spend 10 days at a local school assisting with classes. Afterwards, you’ll travel to Chitwan National Park to support Conservation efforts, helping to preserve natural habitats for many critical species. During your stay, you will also experience an unforgettable safari adventure! 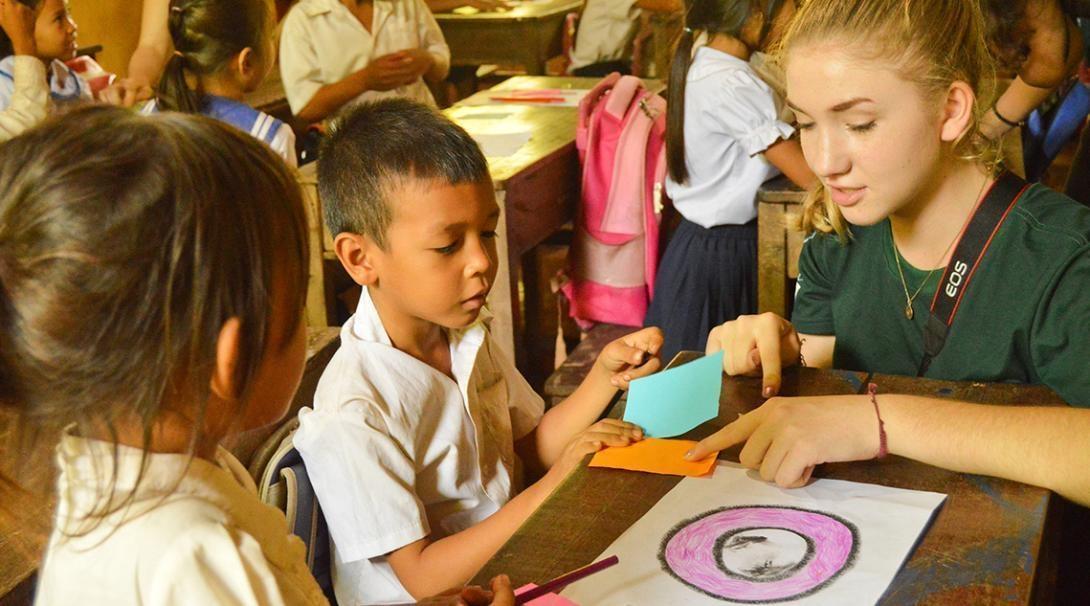 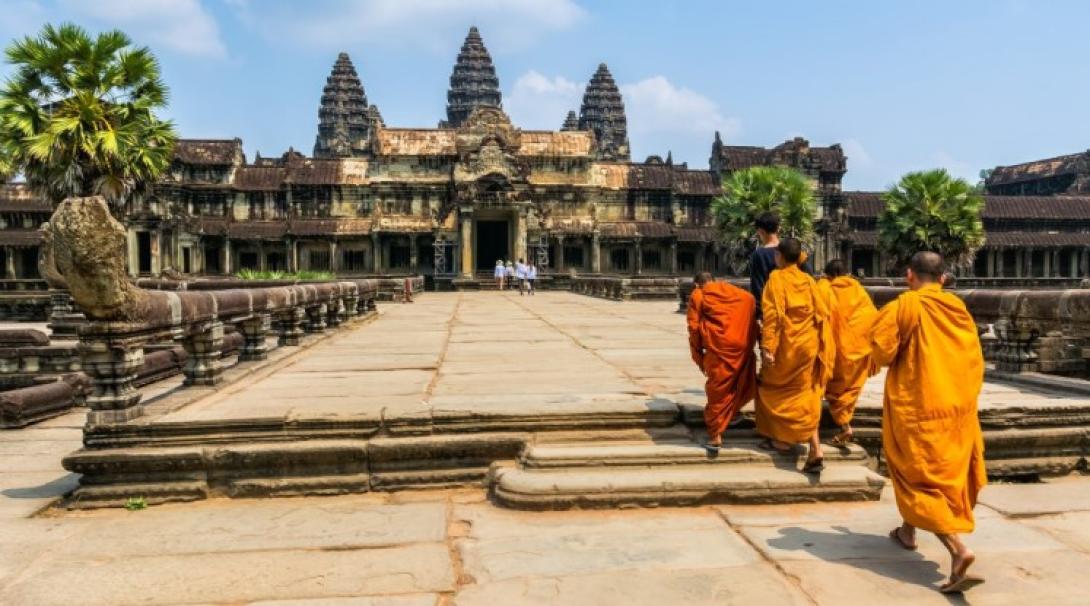 Explore the temples of Angkor in Cambodia 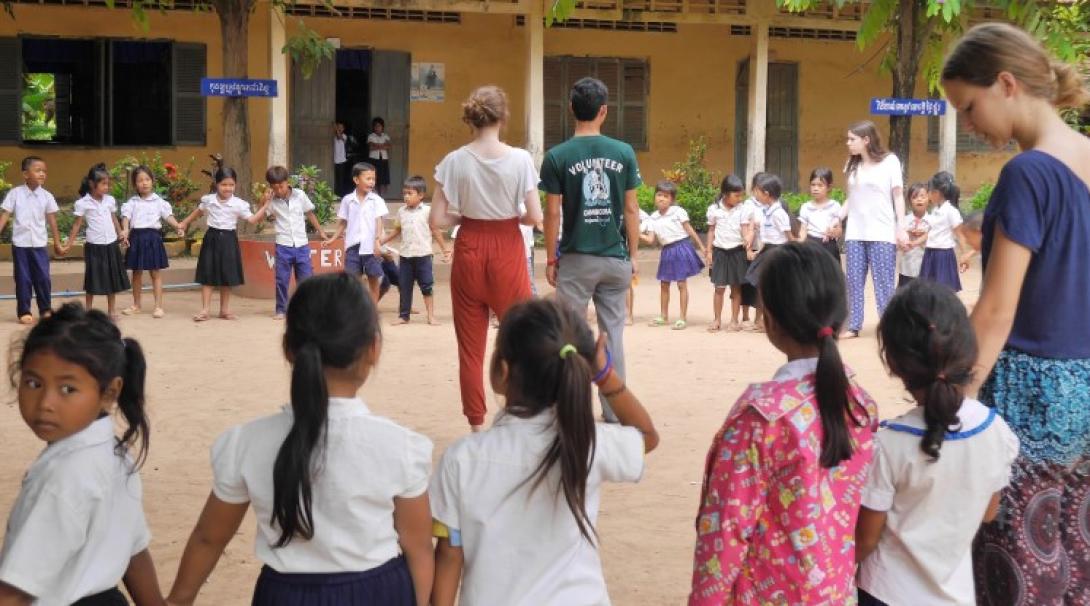 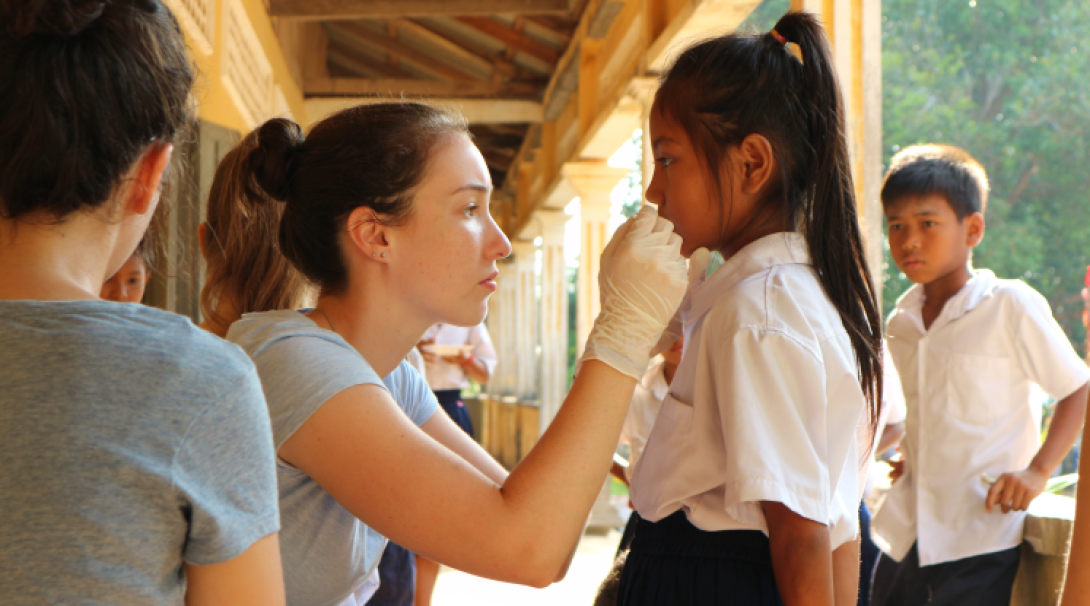 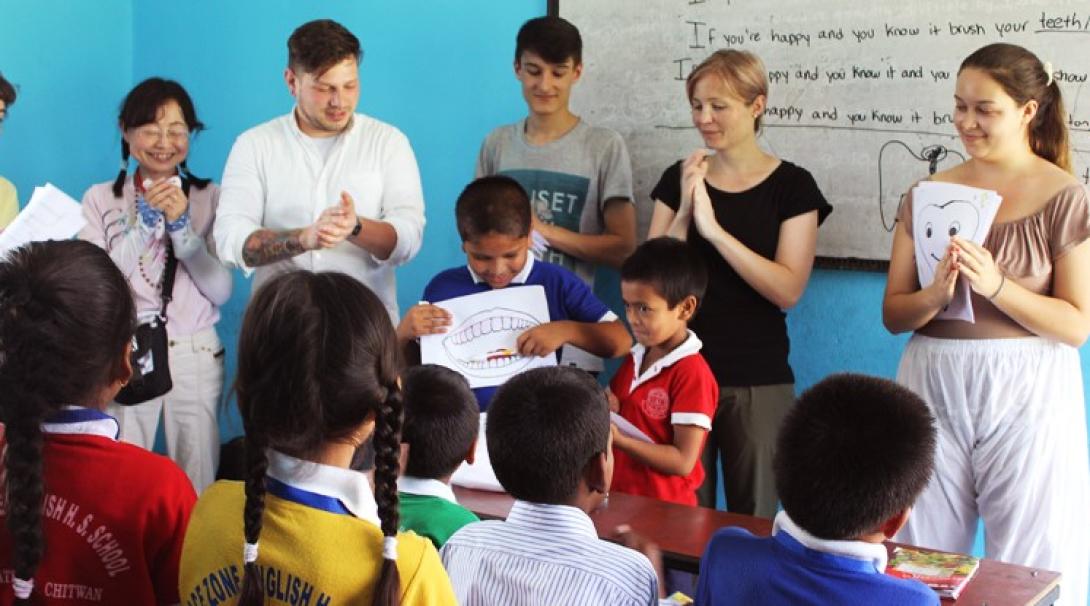 Work alongside teachers at a primary school in Nepal 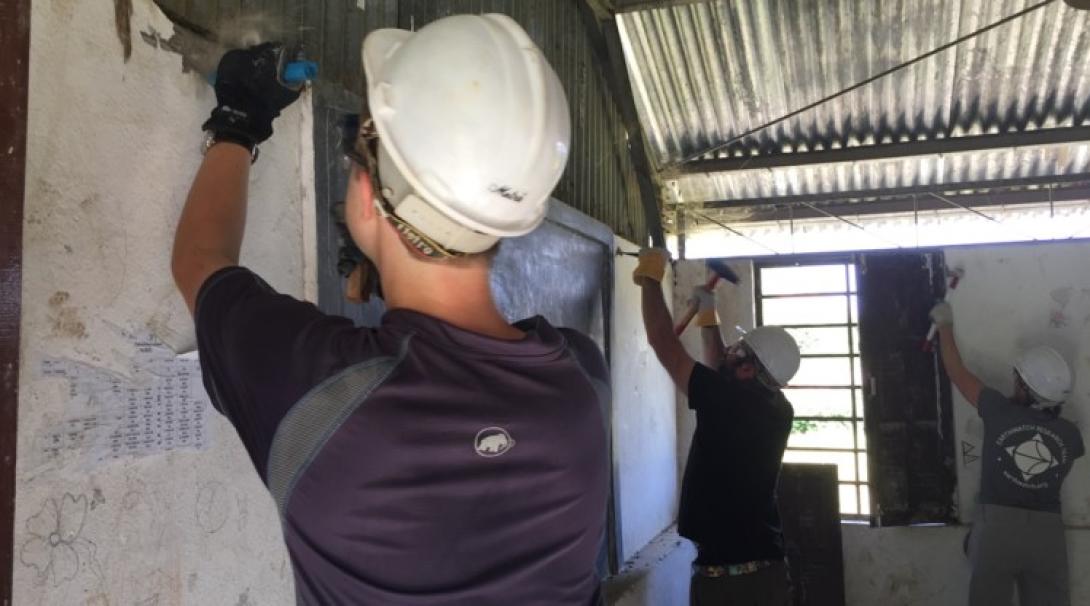 Rebuild classrooms and facilities in Nepal 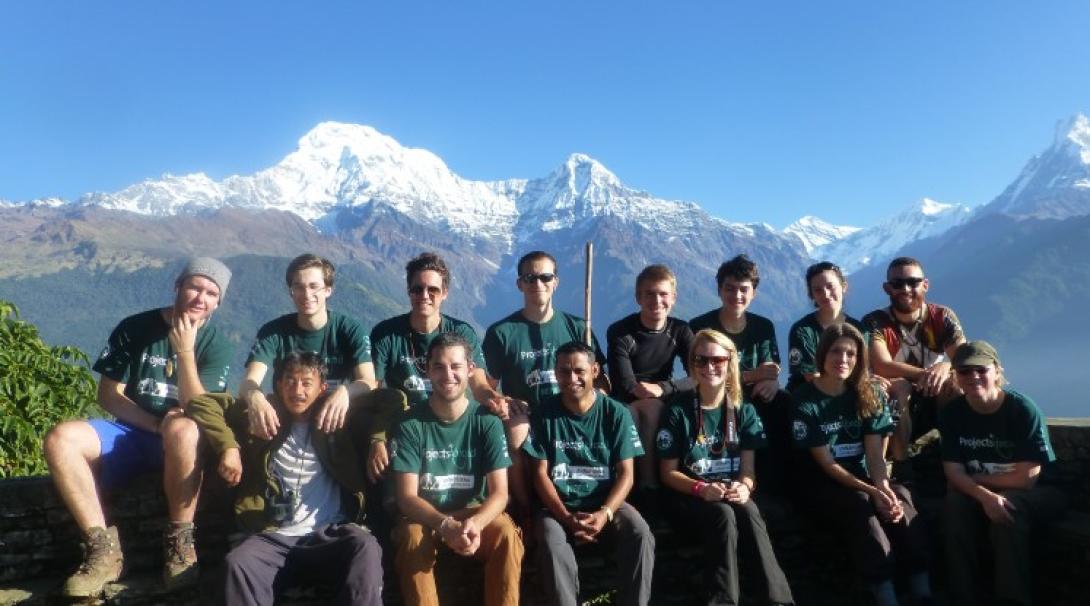 Work as a team to preserve biodiversity 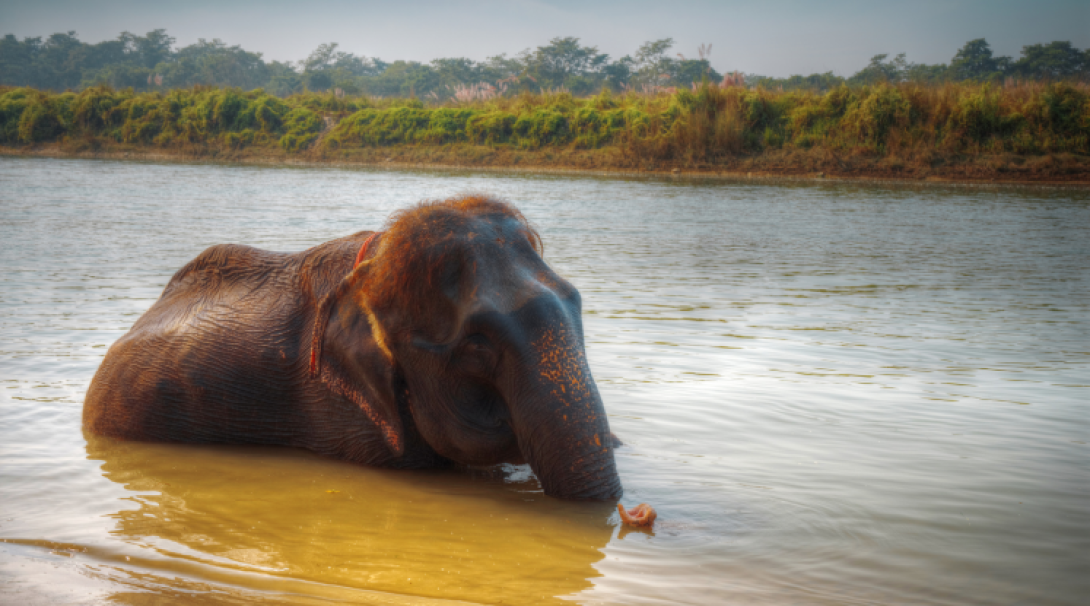 The focus of our Childcare Project in Cambodia is to ensure that young kids learn the skills they need to thrive once they leave school. You’ll provide extra support for teachers in overcrowded and understaffed pre-school and primary schools. You’ll teach through play and other creative activities.

You don’t need previous experience working with kids. We’ll provide training, workshops, and resources so you’ll have everything you need.

Provide education to remote communities in and around Siem Reap. Teach about the environment, basic health, nutrition and other important topics that are often ignored in regular classes.

After returning from Siem Reap you will have the opportunity to join our Public Health initiative. You’ll work alongside nurses and doctors to provide outreach visits and mobile clinics to communities that have little to no access to healthcare.

Read more about our Public Health work in Cambodia.

You'll be based in a primary school and work alongside local teachers who will guide and assist you.

Learn more about our Teaching project in Nepal.

Work alongside builders, engineers and architects to assist with classroom construction. Kathmandu is still recovering from the 2015 earthquake that devastated the region. Your assistance will make a clear and visible impact in developing the local community and enabling more children to access education.

Learn more about our Building project in Nepal.

Head to Chitwan National Park to begin your Conservation adventure. Stay in a small village surrounded by rice paddy fields.

Throughout your journey you will be immersed in local culture. Dedicated local staff will support and work alongside you every day. You'll learn from them and have an insight into regular life in each country.

Join workshops, excursions, and visits to historical sites! The history of Cambodia has been turbulent and tragic. You’ll learn about the mighty Khmer Empire and explore Angkor Wat. During your first week you'll also visit the Killing Fields, hearing the heart-wrenching history of the Khmer Rouge Regime. Whilst learning about their rise to power and subsequent fall, you'll get a better understanding of how Cambodia is still recovering, and why your work will help make an impact.

Nepal is also rich in both culture and natural beauty. Sitting between India and Tibet, Nepal is a mix of both, while being entirely unique as well. Between the temperate rainforests of the south and the massive heights of the Himalayas in the North, Nepal has a little bit of everything. During your trip, you will get to explore all these different environments, spending time at temples, learning about cultural practices, and spotting wildlife in National Parks. 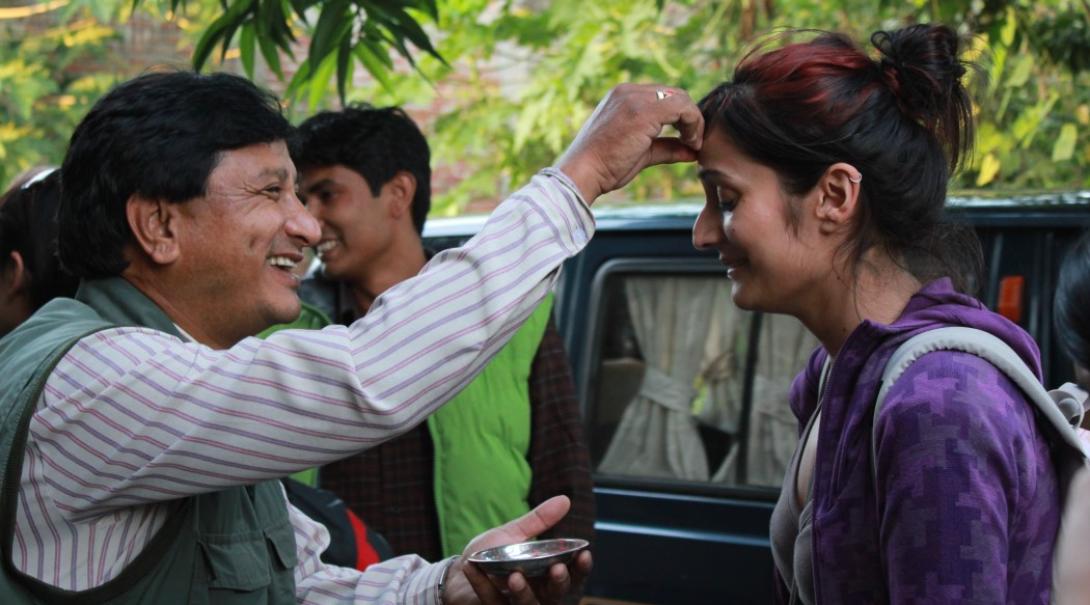 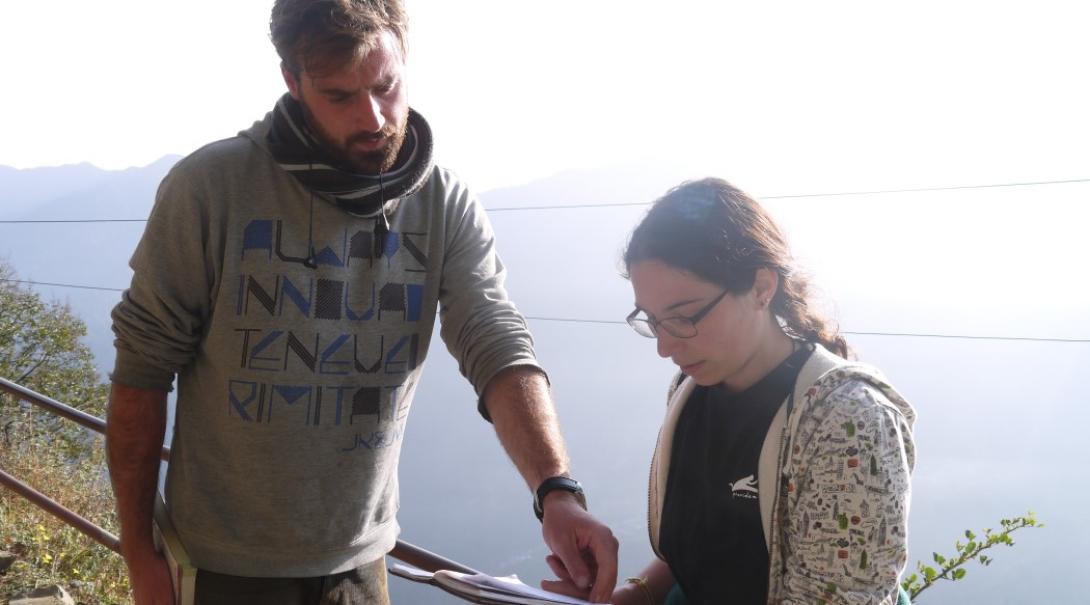 Where in Cambodia and Nepal will I work?

You'll start your journey in Phnom Penh. The Capital of Cambodia sits on the banks of the Tonlé Sap and Mekong Rivers. However, for all its growth, there remain areas of poverty and marginalization in the city. These are the communities your work will focus on supporting.

Even with Cambodia’s history of war, the city is rapidly developing to keep up with an expanding population and growing tourism industry. In some places, it can be an intriguing mix of traditional and modern life. And, around every corner, your nose will be led to some of the most delicious Cambodian food. The city also boasts a lively night life and a great selection of spas and restaurants.

As you walk the streets, you’ll be greeted by saffron-clad monks, chaotic traffic, and some of the friendliest locals you’ll ever meet. You can spend time at the many Buddhist temples, sample delicious fish amok or Cambodian chicken curry, or visit one of the local markets and modern malls.

The cultural and tourist centre of Cambodia, Siem Reap retains some of its colonial French influence. With sprawling night markets and an assortment of exciting street food, Siem Reap is a great place to explore and learn more about the culture of Cambodia. From here, you’re also within easy reach of the world famous Angkor Wat. Hundreds of ancient temples are scattered throughout the jungle and are an unforgettable sight.

While Siem Reap city is prosperous, the surrounding province is one of the poorest in the country. You'll conduct community outreach events and workshops in these areas.

You’ll spend your first 10 days in the bustling city of Kathmandu. Explore ancient temples and marvel at views of the Himalayas.

You’ll travel to the city of Bharatpur in Chitwan District. This fast growing city is full of sacred religious sites, as well as forts and palaces. It’s popular with tourists due to its close proximity to Chitwan National Park. Bishazari Tal wetland also lies on the southern side of the city and is a popular bird watching site. Spend time exploring the many colourful markets, and gaze in wonder at the snow-capped mountains surrounding the city.

You’ll live and work in on the edge of Chitwan National Park. Surrounded by rice paddy fields, you'll experience rural life and nature.

When you arrive at Phnom Penh Airport, a member of Projects Abroad staff will be there to meet you. You can find more detailed information on arrival airports, orientation, and visas on our Cambodia Arrival Procedures page.

Our staff will take you to the airport on your departure and make sure you are able to successfully board your flight.

On arrival to your airport in Nepal, you will also be met by a member of Projects Abroad staff. You can find more information regarding this at the Nepal Arrival Procedures page.

The accommodation is safe, clean, and comfortable. Your programme fees include three meals a day.

You will live in a shared apartment with the other group members in Phnom Penh, and a guesthouse in Siem Reap. A cook will provide your meals each day.

You will stay with host families in Chitwan District. You will share accommodation with other members of your group and get to immerse yourself in local culture by joining a family. During the Conservation Project, you will stay at a guesthouse with the rest of your group on the edge of Chitwan National Park.

Find out more about our accommodation. 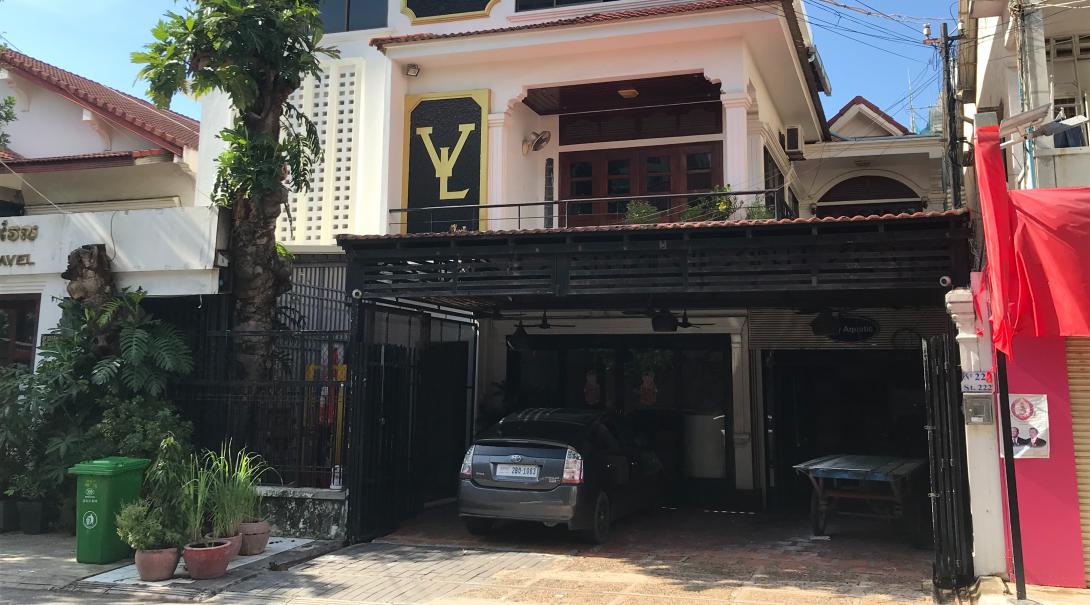 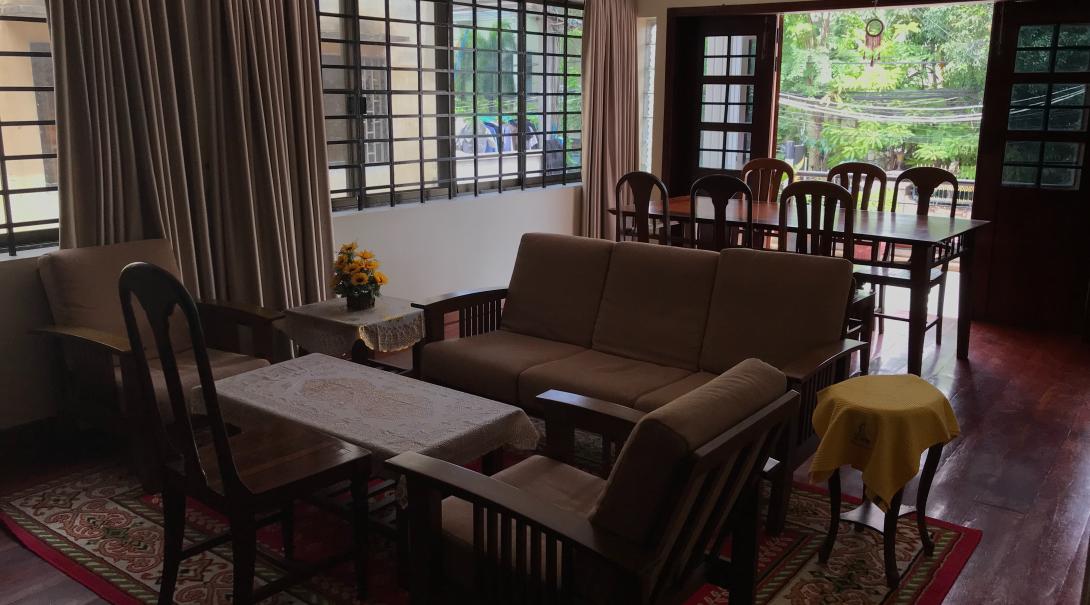 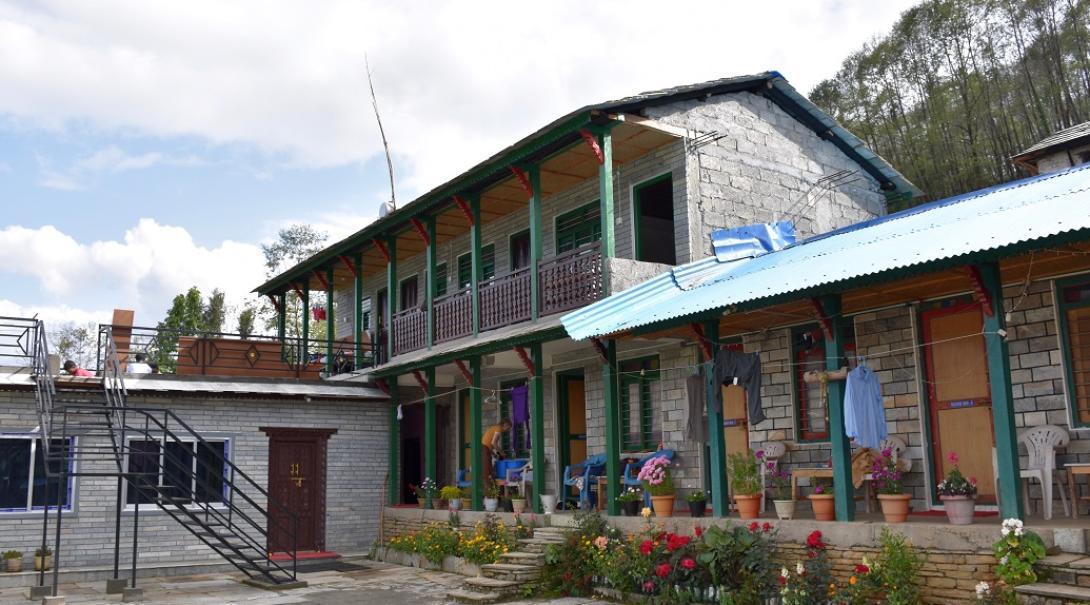 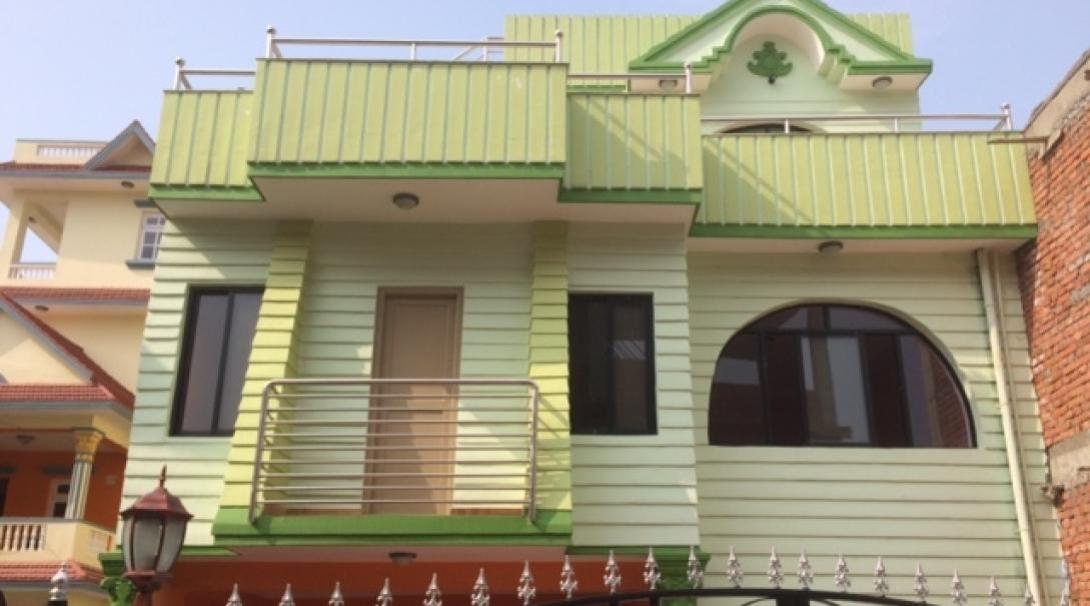 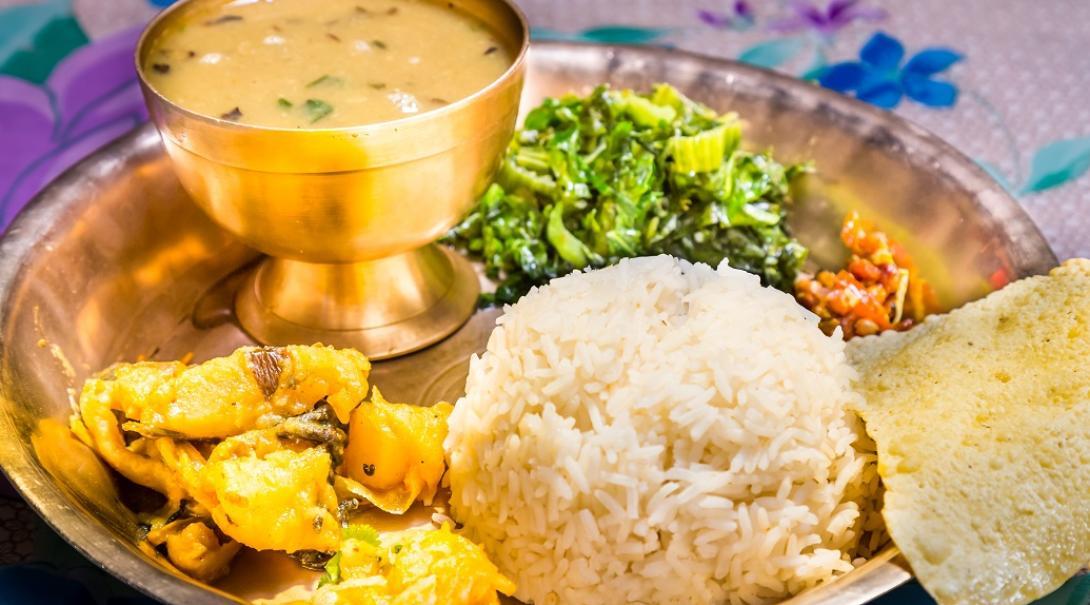 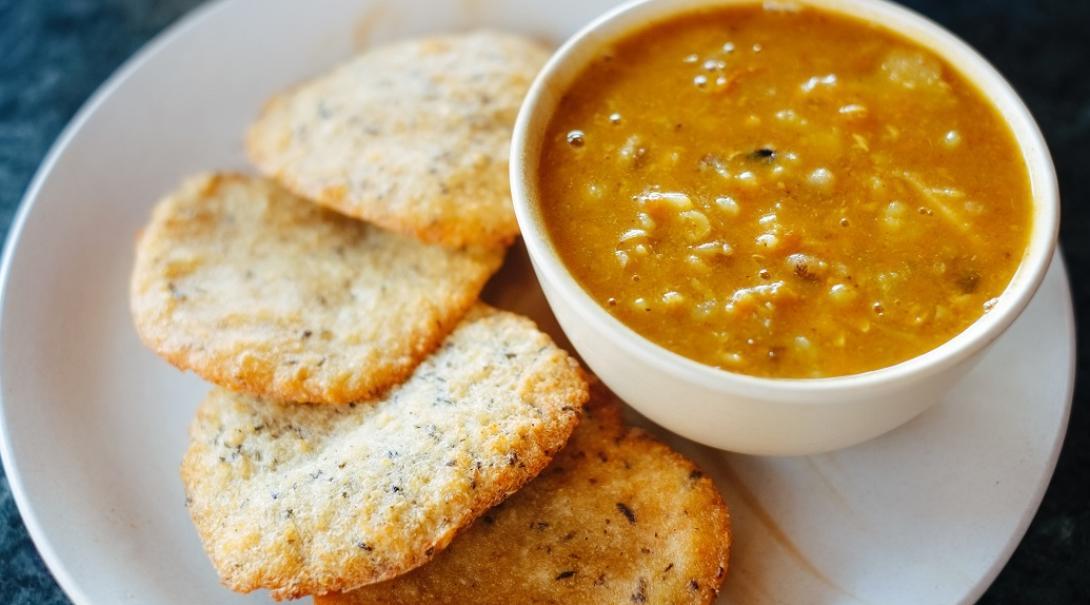 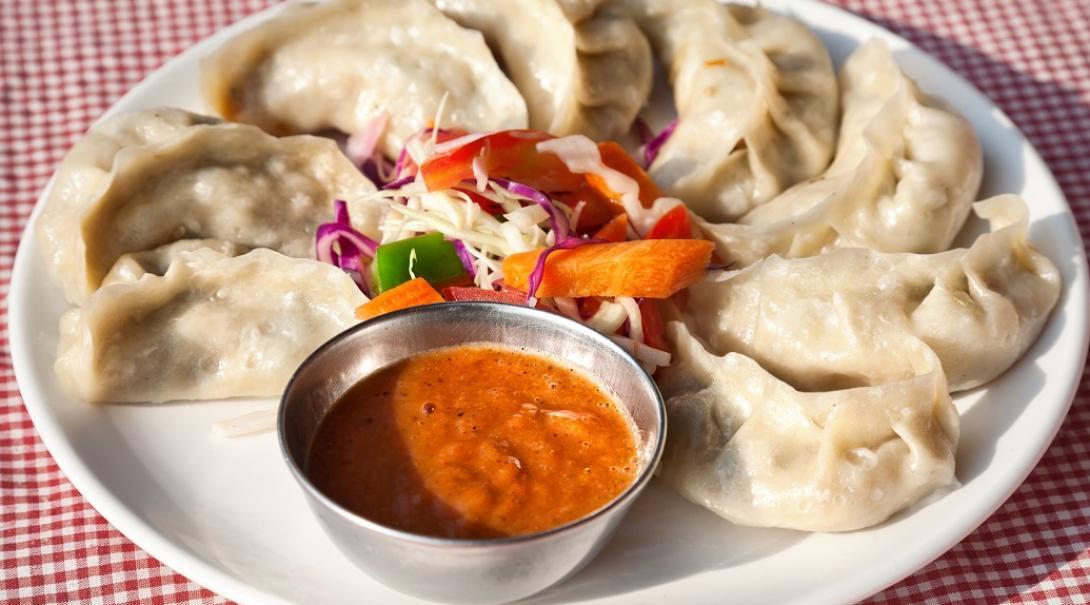 We set out the aims and objectives of our projects in documents called Management Plans. We use them to properly plan the work you’ll do. They also help us measure and evaluate our achievements and impact each year.

Our projects work towards clear long-term goals, with specific annual objectives. Every volunteer and intern we send to these projects helps us work towards these goals, no matter how long they spend on our projects.

Every year we take a step back and look at how much progress we've made towards these goals. We put together a Global Impact Report, which documents our achievements. Find out more about the impact our global community of volunteers, interns and staff make, and read the latest report.

Your safety and security is our prime concern. We have many procedures and systems to ensure you have the support you need to enjoy your trip with peace of mind. Our Projects Abroad staff are available 24 hours a day to help, and will be on-hand to make sure you settle in well at your accommodation and placement. If you encounter any problems, they will be available to help at any time.

Find out more about safety and backup.

Please choose a Duration and Start Date to continue.

Not quite what you’re looking for?

Take a look at the following pages where you'll find collections of similar projects: 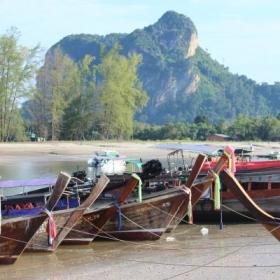 Experience the local cultures and diverse landscapes while volunteering in Asia 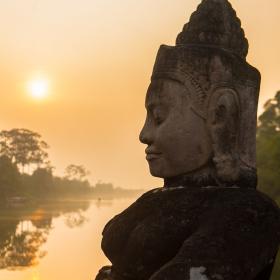 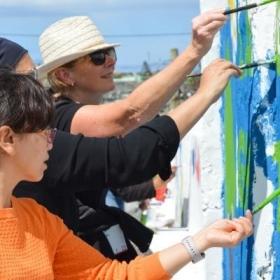