Review: Football High School Special in Ghana by Callum B

I chose to spend my summer doing some volunteering work in Ghana with Projects Abroad in the “High School Special” they offered specifically for teenagers. Once my application was accepted, the preparations started. I felt it would be better for my experience if I took as much of a lead as possible and this meant that I was faced with sorting out my vaccinations, flights and visa. I chose Ghana because the football aspect immediately appealed to me, and I had relatives who travelled across the country, telling of the kindness of the people which I was eager to experience.

Soon enough July came and it was time to finish preparing and start saying my goodbyes as I left for Accra, Ghana. I was nervous about certain aspects but extremely excited about what was to come.

My arrival in Ghana

Even before boarding I felt the warm, welcoming nature of the Ghanaian people who were curious about my excursions followed shortly by being very supportive. This was a virtue that I found in abundance during my stay. The information I was given by Projects Abroad before I left about what to do when I landed could not have been better and I was reassured by this.

When leaving the airport, being met with the heat and noise of the pick-up area was something else! The experience of first meeting the staff of Projects Abroad, and then finally four of the other volunteers, before driving in our minivan in the late dusk with Accra living and breathing outside, is one I will never forget. It was then that I truly realised I had arrived in Africa. The bright lights and music led us to the Adenta area where 10 other volunteers and I were all staying. There were four already there, with Mr and Mrs Obeng, when we arrived. We were gladly welcomed and by that evening I was already feeling comfortable in my surroundings.

The welcome I received by my host family immediately made me feel comfortable and this contributed to making my experience as wonderful as it was. Despite the completely different culture, they pushed us to fully immerse ourselves in the Ghanaian lifestyle. This came by the means of the food, the humid heat, the language and the mosquito nets. Even though it is a very Christian country and having a host family strong in their faith, I was always cared for and looked after. Between all members of the family, help was always available.

In the house were 11 volunteers all on the Football Short-term placement. This meant we were all of a similar age and we really connected as a group. Through this type of volunteering, I made a lot of new relationships which all became friendships. In a short space of time, this group became very close to me. This was shown during the trip to the Cape Coast when meeting a new group of volunteers from the Hills, my fellow football special volunteers became my family. Despite having known them for less than a week!

I coached football with children between the ages of six and seven, and some as old as 13 (even though some were more like 16!). Perhaps some of my favourite moments were whilst coaching, from being given our set of players, to eventually winning the tournament, I loved coaching the kids but also seeing them enjoy football. I was also able to socialise with the senior players from the club, this gave me a full social experience which was full of different adventures. I was staying in the suburb of Adenta and the club I worked at was in a neighbouring suburb called Madina, but despite both these areas being quite impoverished, there was a strong sense of community in which everyone looked out for each other. By the end, we felt we were part of the tight-knit community.The kids themselves were polite and had superb manners despite some having a lack of English. Not to mention how skilled they were with a football! Perhaps the hardest part of the whole experience was saying goodbye to the numerous people I had met during my time in Ghana.

Numerous excursions out during our free time gave us a taste of what Ghana was like. The trip to the Cape Coast for the weekend will stand out in my memories of Ghana. The sights we were shown were extremely memorable and the independence given to us in our free time meant we could have our own experiences. Meeting other volunteers also allowed me to make good friends. The time away from the house and our project meant we got a taste of what Ghanaian life was like. 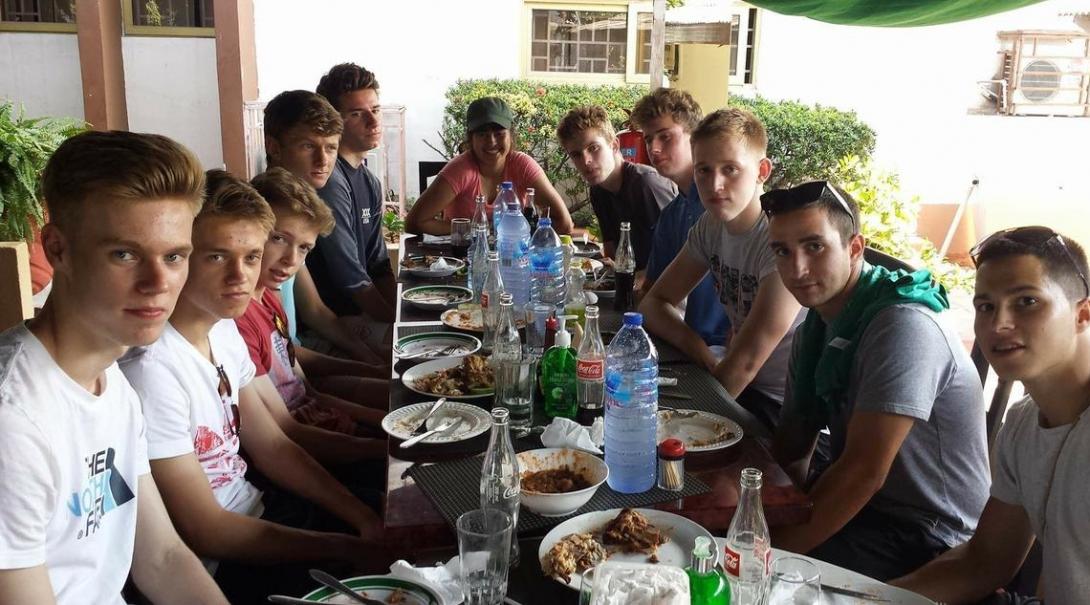 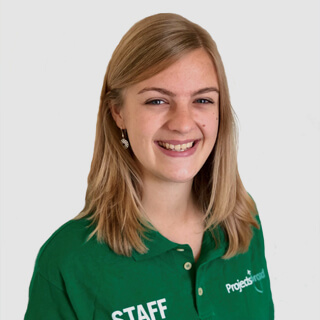